Hi everyone, and welcome! My name is Jess, and Katana is my right hand, my motivator, my dog. We invite you to get to know us a little better and learn a bit about our background! I founded Katana K-9 Academy with the mission to create a world of communication between human and dog. Growing up in a family that always owned dogs, my admiration for them continued to grow. Determined to work with animals, I pursued a career in animal science, which then led me to the field of dog training. I gained many years of experience working hands on, rehabilitating dogs with behavioral issues, and overall typical bad habits. I also learned the trade of Protection training, which absolutely fascinated me. It was later that a friend approached me and said he had a dog who he had given to a family that was neglecting her. A beautiful Belgian Malinois. He asked if I could take her, as she was now out of control and had begun to be aggressive
towards humans. Now if you should know anything about a Malinois, it is the fact that they are considered crazy, with an endless amount of energy, and are hard to control. I knew if I didn't take her, she would keep getting re-homed or be put down. I decided to adopt her, without even realizing she would change my life forever. Her name would become Katana. I immediately began working with her, and a few months later she had become a completely different dog. She was now sweet, and accepted the love of a human. Nonetheless, she was still her spunky self, but she now had direction, and knew her boundaries and limitations. This is the moment that led me to decide I wanted to help as many people and dogs as I possibly could. I wanted to save dogs lives, and it became my goal to open a facility, free of judgment, where I could put back together the broken links between a dog and their owner. We live in a world where dogs are a part of the family, and if allowed, I would love to show you how to communicate with them. We are now proud to be a family owned business who loves changing lives together! My name is Juan Mendoza and I started training dogs back in the year 2000. Everything started as a hobby, as my dream was to have a dog with high levels of obedience and protection skills. I found a trainer who was helping me achieve my goals and while I was having fun with my dogs, I discovered there was a sport designed for dogs called PSA (Protection Sport Association). I tried to join some groups but my dog was not genetically designed for the sport so I became a helper. I dedicated five years into learning and helping other people train their dogs for the PSA sport. From there, I met a friend who was involved in a sport called French Ring. French Ring is a dog sport based on agility, protection, and competitive obedience that started in France. It was then adopted by Mexico and the USA. She invited me to be a part of her group and I quickly became devoted to the sport. I gained great friends and experiences through 11 years but was excited to expand my knowledge and move on. I now stand proudly with my dogs, and together we have earned high level scores and titles in French Ring. My dream finally came true and now I train and help others to achieve their dreams, no matter how big or small, with their dogs too.

Hi my name is Dennise and being a part of the Katana K-9 pack has been such a pleasure and great experience. I grew up watching my Dad train dogs day in and day out. He always kept me involved in his dog world and I would help him take care and feed the dogs, and also help him fix or clean whatever he needed. It was always a bonding experience because we would do things together for the dogs, and that stayed with me since I was very little. After I graduated from High School, I was honored to get a scholarship to UCLA-University of California, Los Angeles. I am currently a student there attending full time, but my dedication to dogs is something I hold close to my heart, so I keep training dogs alongside my family despite my busy schedule and long commute. This is something I will never stop loving to do, and I couldn’t be luckier to be in both worlds! 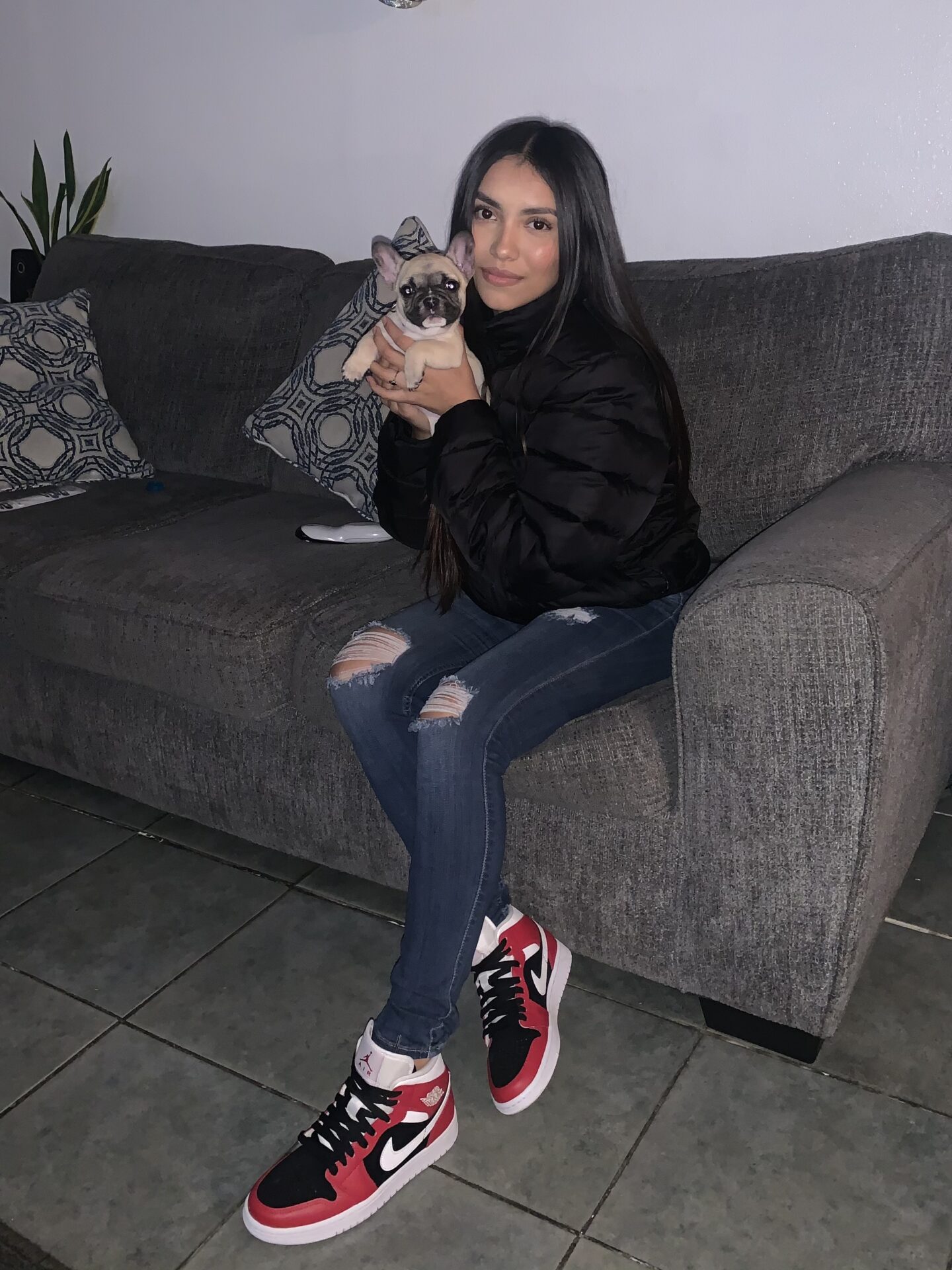 Hi guys! My name is Natasha, and I am happy to be a part of the Katana K-9 Academy team! I help wherever I’m needed, whether its organizing files, editing videos, or working on social media. I love the fact that I get to be around so many different dogs, and get to do the fun stuff, like play with them during breaks, and prepare their meals when the rest of the team is busy doing what they do best-Training! It’s so interesting to learn new things everyday about dogs, for example how to tell when they are relaxed vs when they are uncomfortable, and how to handle them with proper care. When I am not working, I am outdoors, either hiking or at the Beach. I love exploring, and feel so fulfilled taking in all of Mother Nature’s beauty! I love it when I am asked to take dogs on hiking trips, and being rewarded for doing the things I enjoy the most!

Learn More About Us Today

For more information about our team and the services we offer, feel free to send us a message. We will be more than happy to answer any questions you may have.

Get in Touch With Us
Scroll To Top